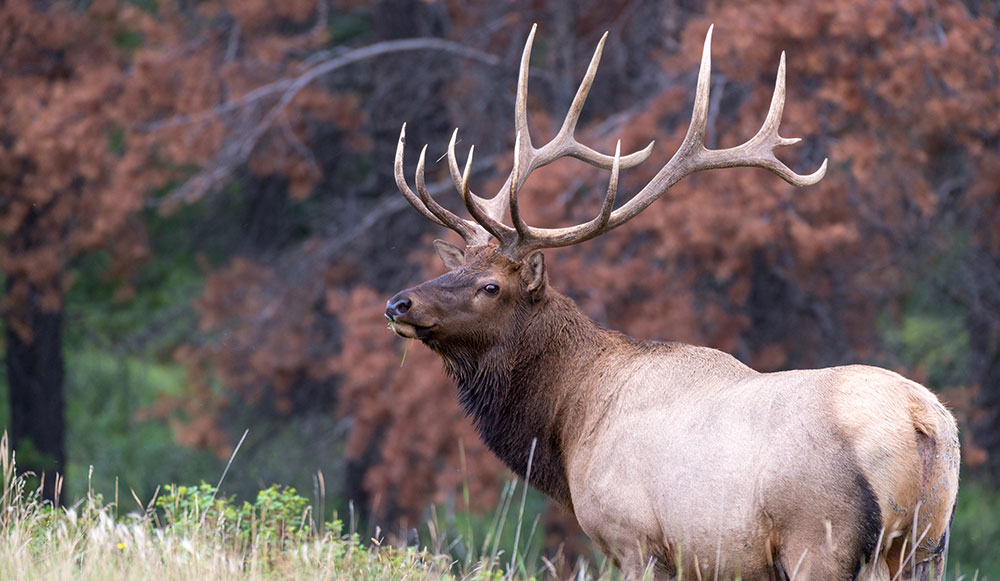 Elk are native to the Cumberland Mountains, but over-hunting eliminated the herds in the mid 1800s. In 2000, the Tennessee Wildlife Resources Agency teamed up with the Rocky Mountain Elk Foundation and other partners to bring them back. Today, a herd of several hundred elk roam the area.
Where to see them: Most of the elk reside in or around the North Cumberland Wildlife Management Area. Motorists frequently report spotting elk along S.R. 63 at the Scott County-Campbell County line.
When to see them: Elk are most active at dawn and dusk. They’re also on the move more frequently during their breeding season (October), when their bugles can be heard for long distances as they echo through the hills. 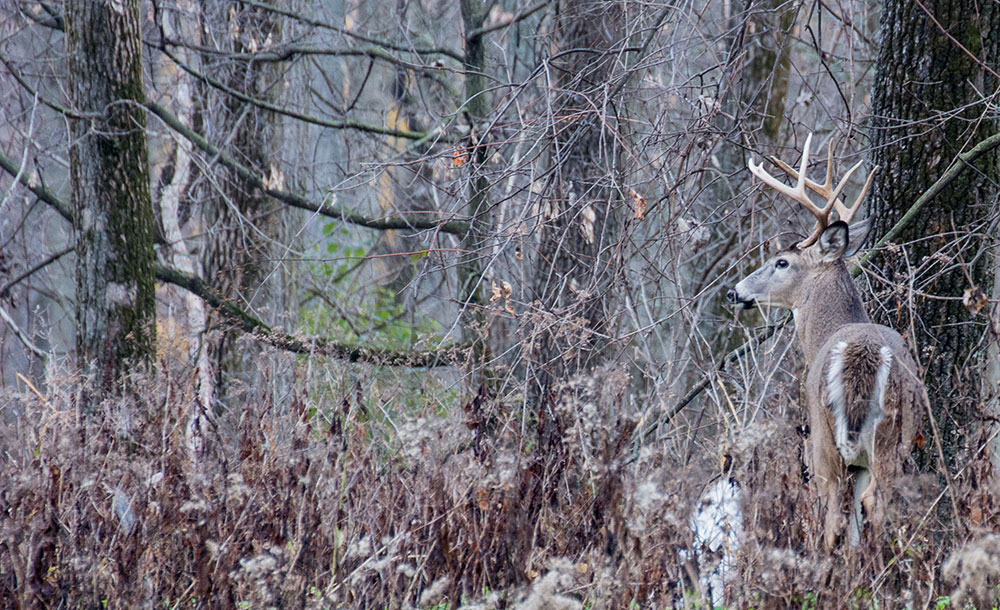 Whitetail deer inhabit all of Scott County, thriving in the rugged terrain that enables them to escape predators — four-footed and two-footed alike!
Where to see them: Just about anywhere. The open fields of the Big South Fork or the state-maintained food plots of the North Cumberland WMA are excellent places to start.
When to see them: Whitetail deer are most active at dawn and dusk. They’re also on the move more frequently during the rut (breeding season), which is typically in late October and November. Whitetail bucks shed their antlers in mid winter and grow new antlers in late spring and early summer.

Black bear are native to the Cumberland Plateau but mostly disappeared from the area during the late 19th and early 20th centuries. In the 1990s, the Tennessee Wildlife Resources Agency and National Park Service teamed up to bring them back. Today, a growing population of black bears inhabit the Big South Fork National River & Recreation Area. They’re found in smaller numbers on the North Cumberland WMA.
Where to see them: Black bears are shy animals that avoid human populations as much as possible. When sighted by motorists or along hiking trails, they’re most frequently seen in the Big South Fork NRRA, near Station Camp and Bandy Creek.
When to see them: Bears are apt to be spotted just about any time, except when the cold months of winter set in and they become much less active.

The great symbol of American freedom and liberty, the magestic bald eagle, occasionally makes Scott County its wintering ground. The eagles are found in sizable numbers to the west, around Dale Hollow Lake, but their extended winter range covers the Cumberland Plateau.
Where to see them: Unpredictable.
When to see them: Most often, during the winter months. 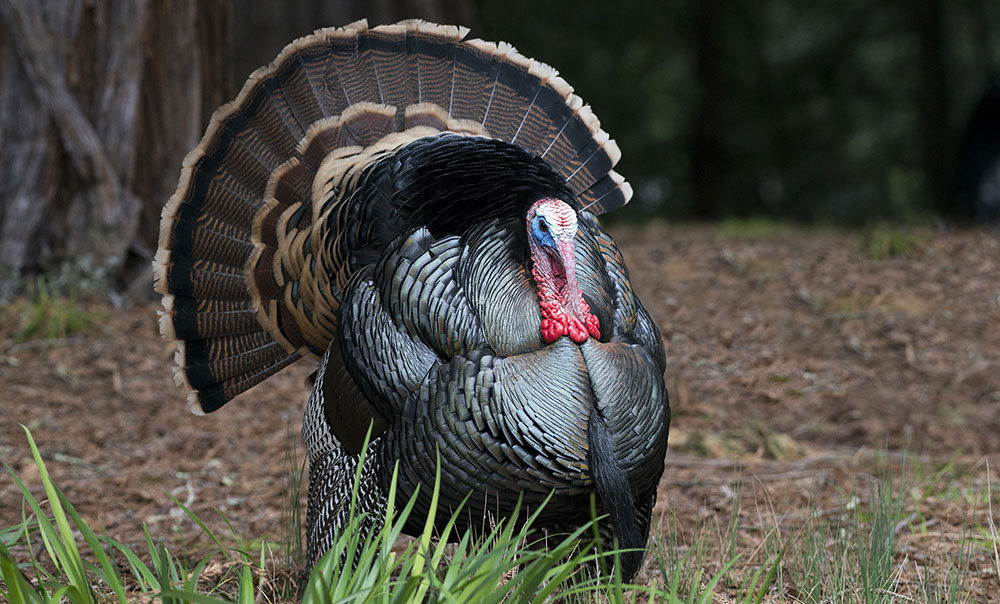 Once diminished in number, the wild turkey has rebounded in great numbers along the northern Cumberland Plateau thanks to restoration efforts by TWRA and the National Wild Turkey Federation. Turkeys found in Scott County are of the Eastern subspecies, and the North Cumberland WMA is home of some of the few remaining flocks of “pure” Eastern wild turkeys remaining.
Where to see them: The wild turkey can be found anywhere in Scott County, including the North Cumberland WMA and Big South Fork NRRA.
When to see them:The wild turkey is most active in the morning. When they feed in fields and open areas, they typically emerge from the woods by early to mid morning.

Author: Big South Fork is more spectacular than the Smokies