ONEIDA, Tenn. — Big South Fork Country is still in winter’s grips, with eight inches of new snow this week and subzero temperatures. But we’re just over a month away from the official start of spring, and there’s no better way to greet the season and discover its beauty than on one of our trails.

Hundreds of miles of hiking trails stretch through the Big South Fork National River & Recreation Area, in addition to the Cumberland Trail, the Sheltowee Trace and other trails that bisect Scott County, Tenn., and neighboring communities. While they’re all great during any season, some are better-suited for some seasons than others. Here are five great hikes to introduce you to spring on the Cumberland Plateau: 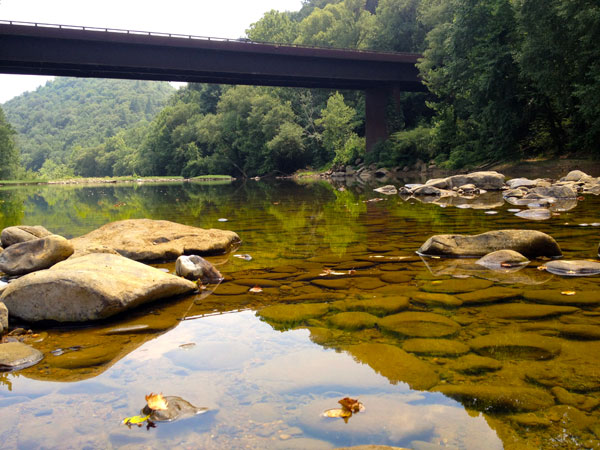 The Big South Fork River at summer pool, with the S.R. 297 bridge at Leatherwood Ford in the background.

Leatherwood Ford. Located on S.R. 297 10 miles west of Oneida, Leatherwood Ford is the most popular access point along the Big South Fork River. Several trails are accessible from the trailhead at the river, including the Leatherwood Loop Trail. The 3.3-mile loop is rated moderate-to-strenuous. It begins at river level and, after a short stroll along the river’s east bank, climbs 500 ft. to the top of the gorge wall via a series of steps and switchbacks. After a stop by the Leatherwood Overlook, the trail winds through a mile of open ridge lines atop the plateau before beginning its descent back into the gorge by following part of the Old Leatherwood Road. Now just a faint cut along the forest floor, the road was once the main thoroughfare through the area before the state highway was built. The moist slopes above the river are excellent locations for wildflowers, including the trillium and other early spring blooms. For a longer hike, access Angel Falls via the Leatherwood Loop trailhead. The two-mile hike is level and easy, taking hikers to Angel Falls, a Class V whitewater rapid on the BSF with a deceiving name. It was once a waterfall, before it was dynamited circa the establishment of the national park. 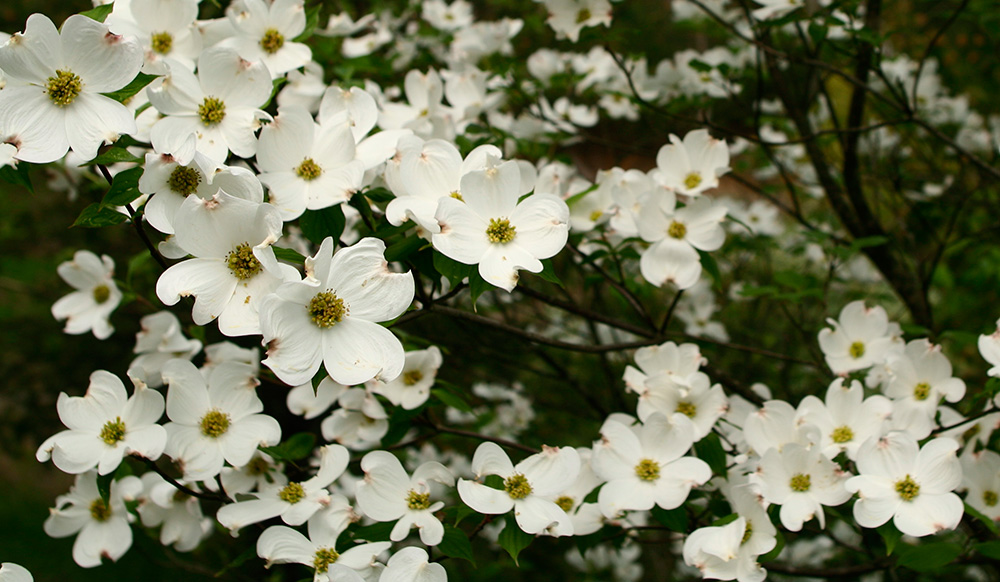 Dogwood trees and American redbud trees are prevalent along the Beaver Falls Trail, which connects to Burnt Mill Loop.

Burnt Mill Loop. This 3.6 mile loop trail begins and ends at the Burnt Mill Trailhead on Honey Creek Road just west of Robbins. It’s rated as moderate, but for the most part the trail is laid out gently along the banks of the Clear Fork River — one of the two rivers that merge just downstream to become the Big South Fork. From the parking lot, the trail follows the river upstream, eventually leaving the river and climbing to the top of the plateau via a series of switchbacks. After traversing the open hardwood ridge and crossing Honey Creek Road, the trail drops back into the river gorge and follows the river upstream to the parking lot. At its crossing of Honey Creek Road, the trail connects with Beaver Falls, a segment of the John Muir Trail that connects Burnt Mill Loop with Honey Creek Loop. It’s a five-mile hike along Beaver Falls to the Honey Creek Trailhead, featuring one of the highest densities of dogwood and American redbud trees in the Big South Fork NRRA. If you plan your hike when the trees are blooming, you’re in for a treat!

With any luck, you’ll catch a glimpse of a whitetail deer fawn munching on new grasses at the Oscar Blevins Farm.

Oscar Blevins Loop. The 3.6 mile loop begins and ends at the Bandy Creek Trailhead near Bandy Creek Visitors Center 11 miles west of Oneida. It’s an easy walk, mostly flat and level, through hardwood forests of varying ages before emerging at the Oscar Blevins Farm. The farm is one of the best-preserved homesteads in the Big South Fork. It includes the old log cabin where Blevins was born, along with the more modern home that Blevins built, a two-story barn and other structures. The fields are still maintained, with split-rail fences, and pasture horses owned by the National Park Service. Wildflowers populate the farmstead, and if you’re lucky, you’ll catch a glimpse of wild turkeys strutting in the field or newborn whitetail deer fawns.

The Charit Creek Hostel is situated in a cliff-lined valley along the gentle-flowing stream from which it takes its name.

Twin Arches Loop. The Twin Arches may be the single most visited feature in the Big South Fork National River & Recreation Area. With spans of 93 feet and 135 feet, and clearances of 51 feet and 70 feet, the arches combine to form one of the largest natural land bridges in the eastern U.S. The Twin Arches Loop Trail is accessible from the Twin Arches Trailhead off Divide Road on the west side of the Big South Fork NRRA. The trail is 4.6 miles and rated moderate, with steep wooden stairs and unprotected cliff edges. The Twin Arches are located less than a mile from the parking lot, but the best feature about this hike in the spring is Charit Creek Lodge, which is situated in a sprawling, cliff-lined valley 400 ft. below. The lodge was originally a long hunter’s homestead, later a subsistence farm and, in more modern times, a hunting lodge. These days, Charit Creek is operated as a remote hostel. It has been preserved in its original form, with a main bunkhouse, barn, cabins and several other outbuildings alongside the gently-flowing Charit Creek. Wildflowers are prevalent during the spring months. 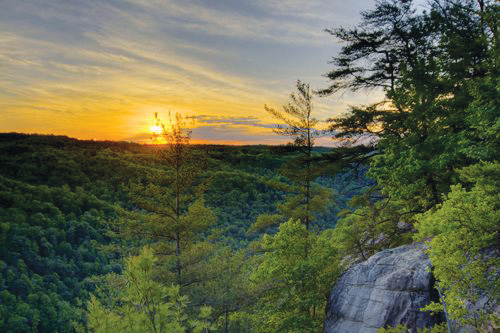 Sunset Overlook. The Sunset Overlook Trail is an out-and-back trail to a vantage point along an unprotected cliff’s edge, accessible from East Rim Overlook Road off S.R. 297 near the Big South Fork NRRA headquarters. The trail is an easy, level hike along 1.3 miles of footpath, for a total length of 2.6 miles. Along the first mile of the hike, the trail skirts the shoreline of a couple of small farm ponds, long since abandoned and surrounded by new forest growth, where you can stop and listen to the frogs on late evenings in the spring months.