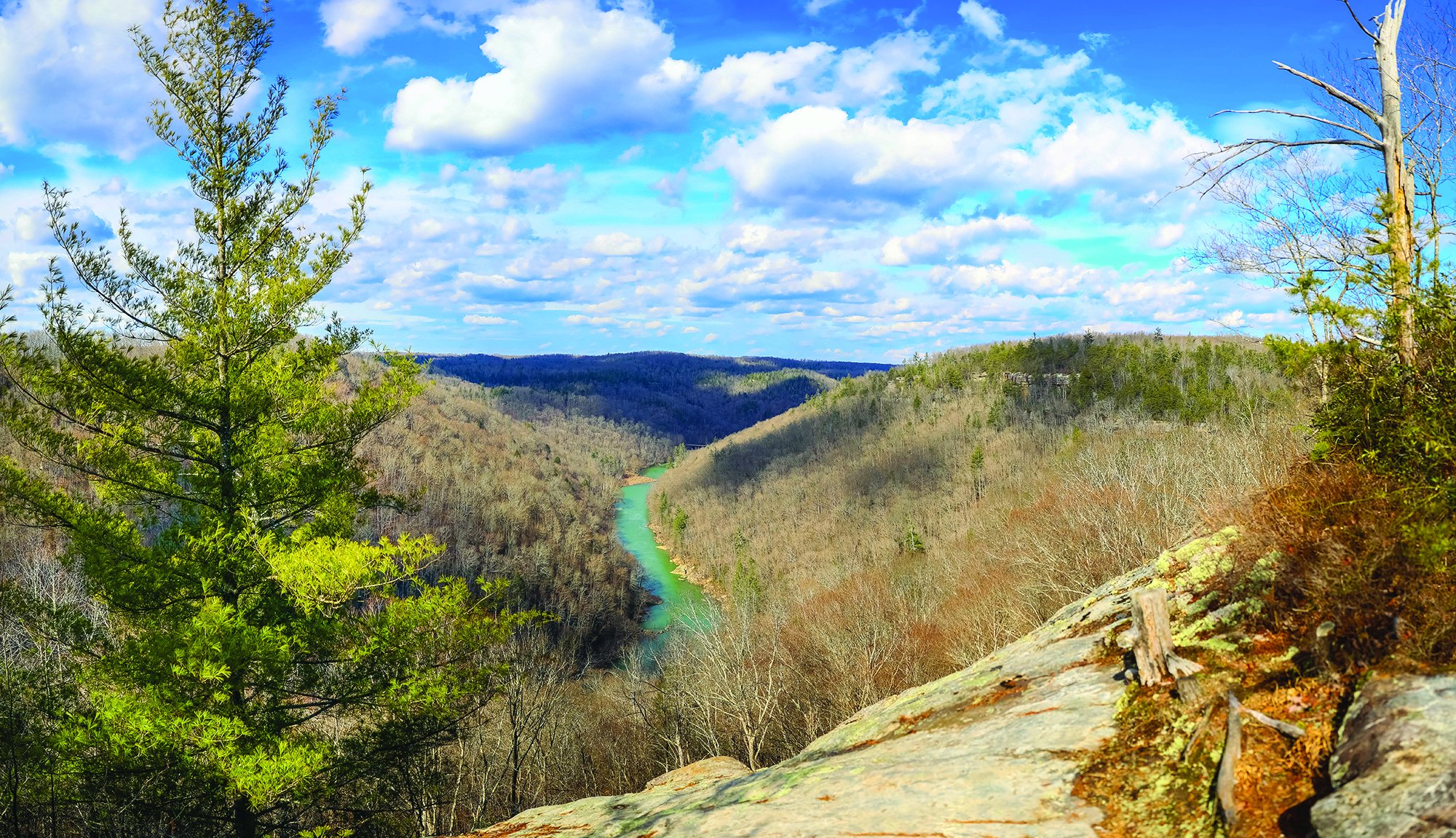 The hiking challenge began with a 2.6-mile hike to Sunset Overlook in the Big South Fork National River & Recreation Area, and will continue with a 1.1-mile hike to Buzzard Rock in the Daniel Boone National Forest this week.

The hiking challenge is geared heavily towards the Big South Fork NRRA, but also encompasses many surrounding public lands, including the Obed Wild & Scenic River, Frozen Head State Park, Colditz Cove State Natural Area, Pickett State Park, Daniel Boone National Forest and Cumberland Trail State Park. A new hike is introduced each week. By the end of the 20 weeks, in July, hikers will have completed more than 70 miles and explored some of the region’s most scenic places.

“This is the third time we’ve done this challenge, and we continue to be blown away by the participation,” said Independent Herald publisher Ben Garrett, who designed the challenge. “A ton of folks are hiking the Big South Fork and discovering this amazing national park for the first time, which is absolutely tremendous.”

“Our newspaper covers the Big South Fork extensively. Knowing this, folks always start to contact us with questions related to hiking when the weather starts to warm up each spring. After being cramped up inside for the winter months, everyone is eager to get outside. So, in 2015, we decided to design something that would encourage more folks to get out and explore the region’s natural places. To be honest, I would’ve been thrilled if 50 or 60 people participated. We weren’t prepared for the overwhelming success of the challenge.”

The newspaper estimated that more than 500 people hiked the first trail back in 2015, which was also to Sunset Overlook. In 2017, it was estimated that nearly 1,000 people hiked to Angel Falls to kick off the challenge. Garrett said he does not yet have an estimate on how many hiked to Sunset Overlook to kick off the 2019 challenge, but added that it far surpasses the total number of hikers who went to the overlook in 2015.

“Someone commented that half of Scott County was on the trail Sunday, when the weather finally broke,” Garrett said. “Someone else commented that it was like going to Walmart; they saw lots of people they knew on the trail. It was also remarked that the overlook itself was standing-room-only. Someone said they felt like they had stumbled onto a popular trailhead in the Great Smoky Mountains when they got to the trail and saw all those cars parked there.”

The newspaper has partnered with the Big South Fork to coordinate several of the hikes with ranger-led activities later in the summer. Garrett said that gives novice hikers an opportunity to enrich their experience by accompanying a park ranger on the trail.

“If you’ve never hiked these trails before, there’s no better way to do it than with someone who has,” he said. “When you hear the stories behind these places you’re visiting, it adds a whole new dimension to the hike.”

The hiking challenge is separate from the Big South Fork’s Go Big Challenge, which rewards adventurers with patches and medallions when they rack up 100 or more points by exploring the Big South Fork on foot, by horseback, on a mountain bike or in a kayak. However, the Independent Herald’s trail description each week announces how many Go Big points hikers can earn by completing the hike, allowing hikers to complete both challenge simultaneously.

The hiking challenge is a self-paced, self-guided event. While most hikers choose to complete the trails the week they’re announced, and the itinerary was developed with a seasonal focus (trails that lead to waterfalls are in the spring, for example), Garrett said there are no set rules to completing the hikes, meaning participants can jump in and begin hiking at any time. Completion of each trail is logged by tagging photos from the trail with the hashtag #20WeekHikingChallenge on social media, like Facebook and Instagram.

“The Big South Fork saw how many people were spurred into getting out and exploring the trails when we did this challenge in 2015, and that prompted them to launch the Centennial Challenge in 2016,” Garrett said. “That was a precursor to the Go Big Challenge, which is now in its third year, and the National Park Service has had great success drawing new visitors to the park with those challenges. Together with the hiking challenge, a lot of people are being exposed to what is probably one of the best-kept secrets in the eastern United States, and that is the Big South Fork.”