November deer hunts in the Cumberlands 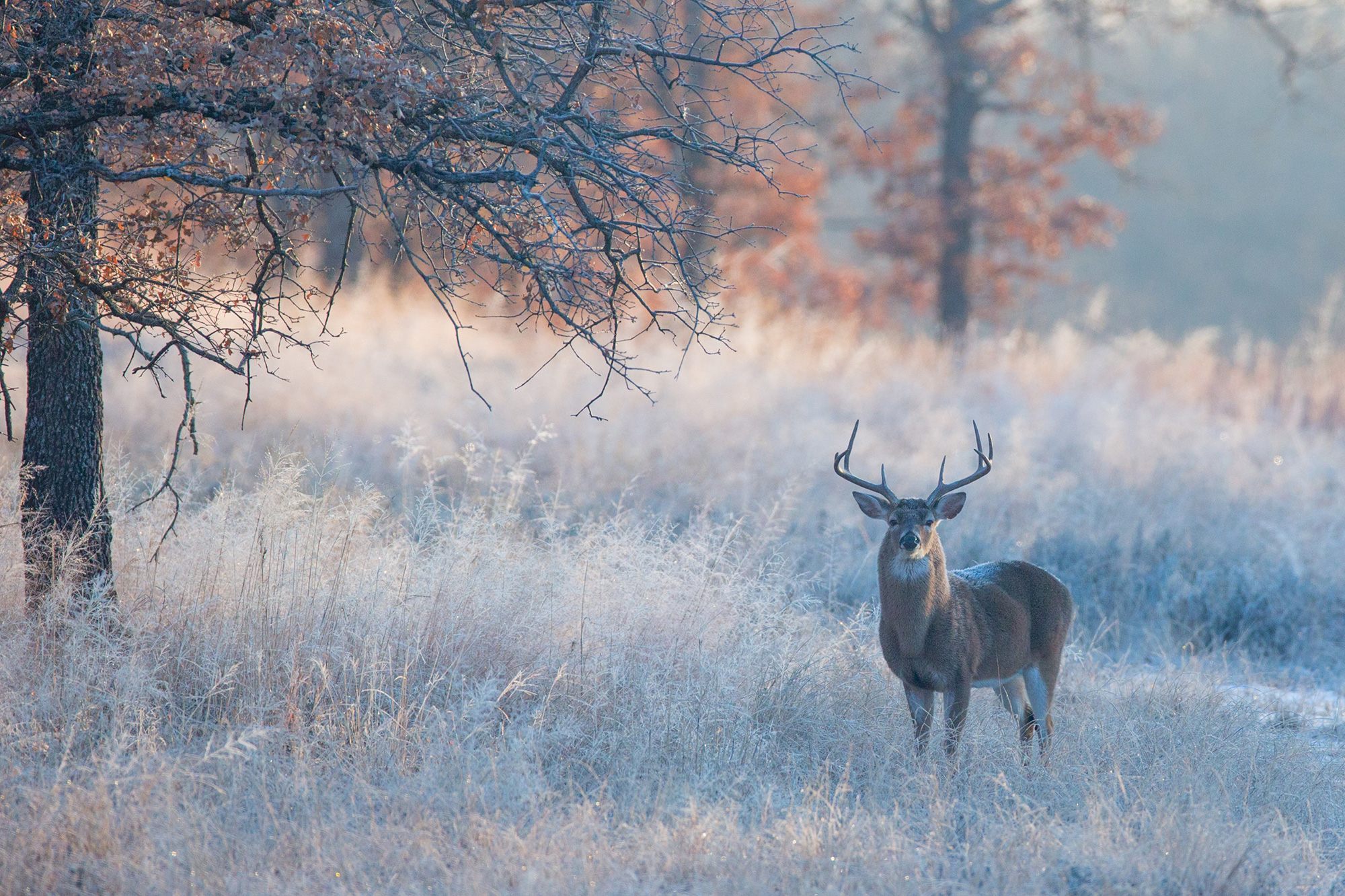 “Here’s the thing about deer in the Big South Fork. There aren’t a lot of them, but there are some big ones.”

We’re on our way to a spot Andrews has picked out to hang a lock-on tree stand for a weekend of hunting. It’s a half-mile walk from the truck, once we’ve driven as deep into the wilderness as we can go. In the meantime, he clarifies what he means about the state of the deer herd in the 125,000-acre Big South Fork National River & Recreation Area.

“The BSF’s habitat and terrain doesn’t support a large number of whitetail deer,” he says. “But it’s that same rugged, remote aspect that lets bucks grow to a ripe, old age. So you might not see as many deer in here as you do in farm country, but you’re just as apt to see a trophy buck here as you are in a lot of other places.”

The Big South Fork is the fifth-largest national park in the eastern United States, but it is longer than it is wide, centered around the rugged river gorge that encases the river of the same name. Inside the gorge, the steep-sloped terrain is pitted with bluffs and often lined with sheer cliff faces. Outside the gorge, on the tabletop ridges of the Cumberland Plateau, the soil is often poor — the topsoil shallow, rocky and acidic. It’s not ideal habitat for deer to start with. Competition from black bears and wild boar makes it even less so.

So what is it about the Big South Fork that keeps drawing hunters from across the region and adjoining states? Mostly, says Andrews, it’s the adventure.

“Some people look at the fact that you can’t drive your truck or an ATV right up to your hunting spot and they see that as an inconvenience,” he says. “But for adventure-seekers, it’s perfect. In a lot of ways, it’s like hiking into the Rockies and you’re so far away from your vehicle that you have to quarter the animal and pack the meat out that way.”

Plus, there’s the scenic allure of the Big South Fork backcountry.

“Oh my gosh,” Andrews laughs. “You spend far more time taking pictures than anything else. Every time you go around a corner, there’s something else you just can’t walk by without snapping a photo. Even if you’ve hiked every trail in the Big South Fork, there is so much in the backcountry that is just waiting to be explored. It’s literally the most picturesque hunting grounds you’ll ever find.”

Then there are the big deer. Andrews explains that the bucks slip away from the plateau ridge tops when they feel pressured by human intruders. They hide out in the craggy crevices and thickets of mountain laurel and rhododendron, which can be almost impenetrable in places. The refuge they find in the BSF’s rugged terrain allows them to grow mature — and mature bucks mean bigger racks.

“There are a lot of things that make the Big South Fork unique,” Andrews says. “A lot of guys head out for a weekend of camping and hunting, and they don’t like to camp in the backcountry without any amenities. Well, at Big South Fork you’ve got Bandy Creek Campground, or Station Camp Horse Camp. You can literally camp with electricity and water and shower facilities, and you have thousands of acres of hunting land right outside of camp.”

The Big South Fork NRRA is one of the only national park units in America that can be hunted. There are designated safety zones around popular usage areas, such as the campgrounds, some trailheads and areas of cultural significance, but most of the park’s 125,000 acres is open for hunting.

Hunters in the Volunteer State are permitted two antlered deer per calendar year. The antlerless bag limit is two during muzzleloader season and one during the gun season.

Hunting regulations in the Big South Fork follow the statewide regulations: the use of dogs and bait is prohibited, all hunters must wear 500 square inches of fluorescent orange, and a state hunting license is required.

There are no exact totals on how many deer are harvested in the Big South Fork each year. In Scott County, hunters harvest between 1,200 and 1,300 deer in a typical year. But the Big South Fork falls into parts of five different counties — Scott, Fentress, Morgan and Pickett in Tennessee, and McCreary County in Kentucky.

Hunting is at its best during the rut — the breeding season for whitetails, which is when bucks are on the prowl for receptive does. On the northern Cumberland Plateau, the “chase phase” of the rut usually occurs during the muzzleloader season in early November. The breeding phase of the rut occurs around the start of gun season near Thanksgiving.

Hunters looking for another option may be interested in the North Cumberland Wildlife Management Area. It falls into four different counties — Scott, Campbell, Morgan and Anderson — and is 145,000 acres in all, making it the second-largest tract of contiguous public land in the Volunteer State. Unlike the Big South Fork, which was heavily mined, drilled and logged in the first half of the 20th century but has been untouched for more than 40 years, the North Cumberland WMA is the site of active timber-cutting operations and natural gas exploration. The extrication of natural resources helps open up areas deep within the Cumberland Mountains to hunting.

For more information on hunting in Tennessee, visit www.tnwildlife.org.

Update: Improvements to be made to O&W Bridge