How Bronco Overlook got its name

Step out onto the unprotected outcropping at Bronco Overlook and you’ll be treated to one of the most spectacular views in the Big South Fork National River & Recreation Area.

You’ll see the craggy rock outcroppings that stand sentry over the mouth of Mill Creek, a rugged drainage that serves as a watershed for much of the south side of Station Camp Road from Williams Creek Road to the horse camp. You’ll see much of the gorge that encases the Big South Fork River between the big bend just below the John Hawk Smith Place and the Station Camp crossing. And, far below, you’ll see the river itself.

One thing you won’t see is the overlook’s namesake — a twisted, now rusting hunk of metal that rests at the base of the cliff. It’s obscured by trees and growth, which have long since healed from the scars that were left when the Ford Bronco plunged through them on its way to its final resting place some 30 years ago.

But Bronco Overlook earned its new name in the mid 1980s, when someone rolled a Ford Bronco II over the cliff.

The national park was still in its infancy in those days; the U.S. Army Corps of Engineers was just completing its park-building tasks and preparing to turn the 125,000-acre national river and recreation area over to its sister agency, the National Park Service.

Only a few years before, this ridge was privately-owned. The view from the rock outcropping was just as magnificent, but it was not free for all. A log home was perched on the edge of the cliff, owned by MP Estes. The house was destroyed when the federal government began buying up land in the area in the 1970s, but part of its concrete foundation can still be seen at the end of Sheep Ridge Road, where horseback riders tie off their horses before stepping out onto the overlook.

At some point after, someone drove the Bronco to the overlook, rolling it over the edge of the cliff. It tumbled to the forest floor below, landing upright but destroyed.

No one seems to remember exactly who rolled the vehicle over the cliff — or even if their identity was ever known. Donny Kidd, who has spent his entire life around the Station Camp area, recalls that it was stolen from North Carolina. 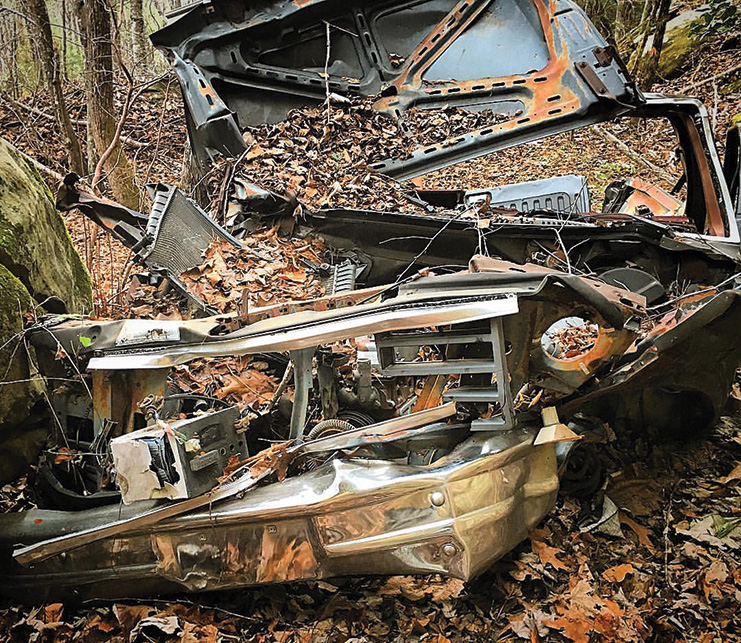 In its day, the vehicle was a nice one. The vehicle identification number, still visible on the dash, reveals it to have been a 1986 Ford Bronco II, Eddie Bauer edition. In 1986, the Bronco II was in its third year of production as Ford’s compact SUV. A precursor to the Ford Explorer, the Bronco II was built on a modification of the Ford Ranger chassis.

Ford marketed its Bronco II to young men, calling it a “John Wayne vehicle.” One of the automaker’s marketers, Martin Goldfarb, said that the vehicle “gave people the sense they could conquer anything; it could go anywhere.” Not quite anywhere, as it turned out; the Bronco II couldn’t conquer the cliff at the end of Sheep Ridge.

Until recent years, Sheep Ridge Road remained open and accessible by four-wheel-drive vehicles. Nowadays it is closed to motor vehicles and is designated as an equestrian trail. The Bronco Overlook Trail is a short, 1.2-mile ride or hike from the Station Camp Equestrian Trailhead.

Because the ridge is mostly level, Bronco Overlook is easily accessed, and makes for an excellent Sunday afternoon hike any time of the year. Its namesake, however, is a different story. It is very difficult to access, which explains why the federal government decided to leave it be rather than remove it.

Today, the old ‘86 Bronco II at the bottom of Bronco Overlook is one of several hunks of rusting metal in the BSF backcountry that were once someone’s automobile. They were driven into what we now know as the backcountry when it was still sparsely civilized, then simply left. The National Park Service has removed several of them in recent years — such as a vehicle just west of the Station Camp river crossing, and an old T-model Ford along No Business Creek — but many more remain.

Most of them, of course, are different. They’re automobiles that harken back to a different era, in the ‘50s and ‘60s; cars that, if they had been properly cared for, would have likely been restored and today been the apples of their owners’ eyes. Like the old autos that can be seen along the Big Island Loop Trail near JD Burke’s old cabin, or just over the bank along the road to John Hawk Smith’s homestead, or a vehicle that is in the middle of the woods near an old homeplace on the edge of the gorge above Angel Falls. But whether they’re old or relatively modern, like the ‘86 Ford Bronco, they all have their own story to tell.

And, in some cases, they lend their names to incredible vantagepoints that help define the Big South Fork National River & Recreation Area. 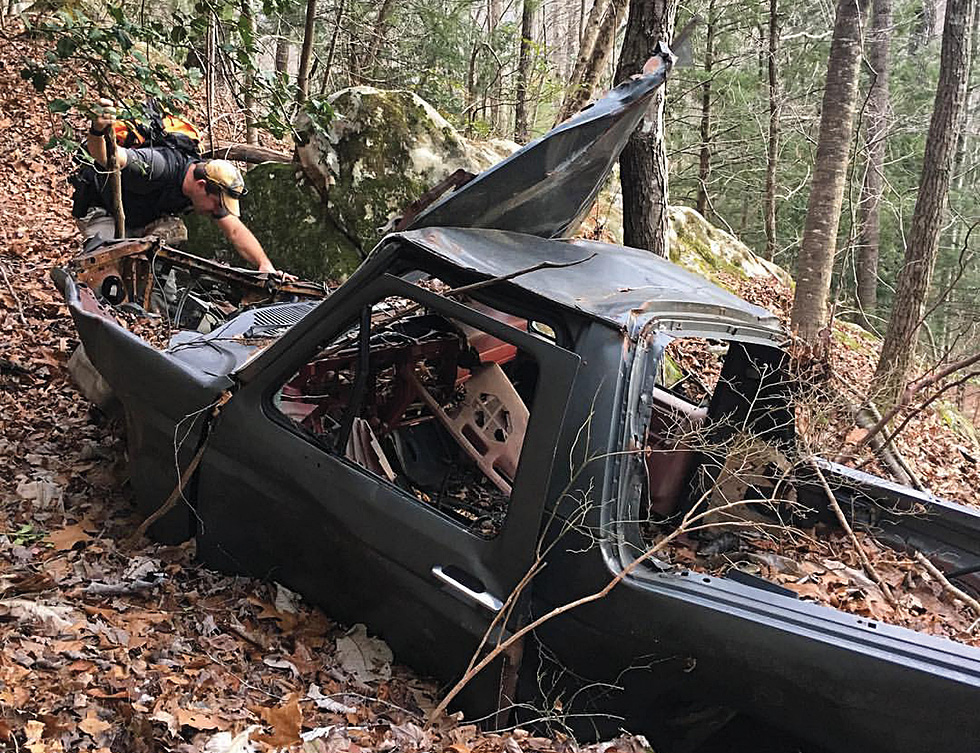