Hike of the Month: Leatherwood Loop

The 3.6-mile Leatherwood Loop Trail is one of a handful of trails in the Big South Fork National River & Recreation Area that traverse the gorge from top to bottom, offering a look at the terrain and vegetation differences from the top of the plateau to the river’s edge some 500 vertical feet below.

For the purpose of this description, we’ll choose to end our hike with a climb, which means we’ll start from East Rim Trailhead on East Rim Overlook Road. This trailhead is also the starting point for the easy stroll to Sunset Overlook, and is located near the Big South Fork NRRA park headquarters just off S.R. 297 (Leatherwood Road).

The trail is best hiked in mid May, when mountain laurel is in bloom. The woody plant grows in abundance along the edge of the gorge, creating walls of pink and white flowers during the blooming season, which lasts a couple of weeks. 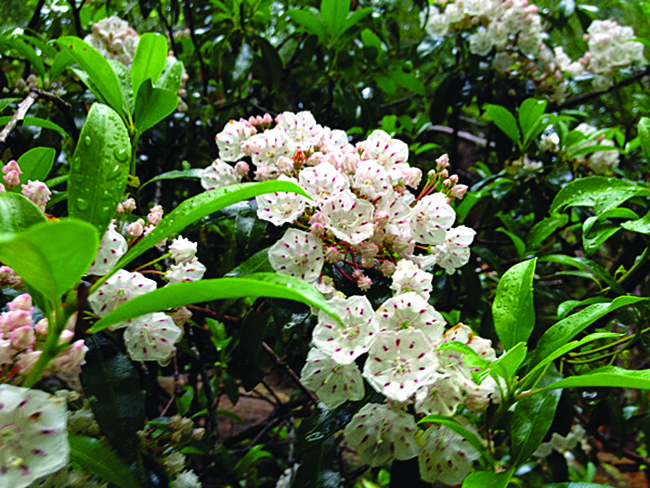 By this time of year, June, the flowers have disappeared almost entirely. But the rest of the trail’s beauty remains, as it passes old farmsteads and dips into the gorge for a stroll along the Big South Fork River.

From the trailhead, a spur trail leads through a hardwood forest to the start of the loop trail. At the trail junction, take a right, winding down a small incline to an earthen dam of an old farm pond. While the pond is mostly filled with silt and sediment, it remains a haven for quite a few species, and you may encounter bullfrogs, tree frogs, wood ducks, Canada geese and a variety of songbirds around the pond. If you’re lucky, you’ll also catch a glimpse of a whitetail deer or even a black bear stopping by for a drink of water.

From the pond, the trail winds along the edge of an abandoned pasture before re-entering the forest and joining an old road bed. This road is Old Leatherwood Road. Dating back to the days when horse-drawn wagons were the primary method of travel for those who didn’t walk to and fro on their own two feet, this road was the main route to Leatherwood Ford. It predated the state highway, which would come much later, and linked Oneida and the communities west of Oneida along modern-day S.R. 297 with the communities on the west side of the river.

After following the road to beneath the lip of the gorge, the trail leaves the road bed, but will more or less follow it to the bottom of the gorge, crossing it a couple of times. Through a series of switchbacks, the trail begins its descent. It follows a scenic stream for a short distance. While the stream is usually little more than a trickle this time of year, periods of moderate rainfall will cause a couple of waterfalls along the trail to flow healthily, creating beautiful photo opportunities.

Eventually, the trail emerges from the forest at S.R. 297 near the Leatherwood Ford bridge. Walking the highway’s edge to the bridge will reveal a set of stone steps, which lead to the river and the John Muir Trail, the long-distance trail that traverses the Big South Fork from Pickett State Park to Honey Creek.

Taking a left will lead hikers upstream along the river. The trail is graveled and easy to stroll along for a short distance, with several benches for resting along the way. 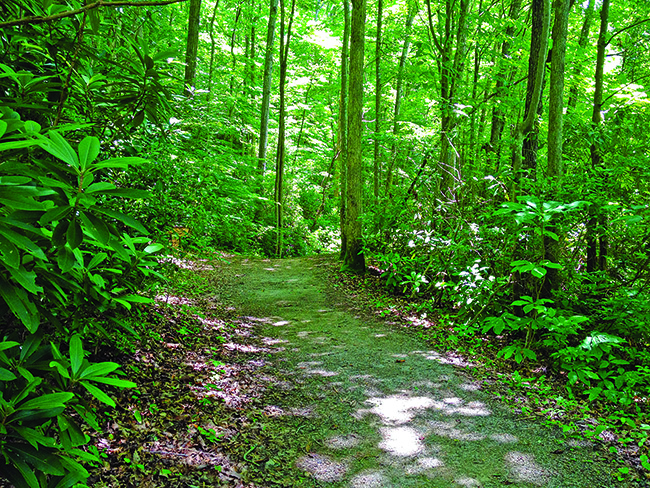 Eventually, the gravel ends and the trail reverts back to dirt and roots, as it continues to follow the river. One interesting point along the route is Echo Rock, where you can walk down a set of wooden steps to an observation platform near the river’s edge to hear the sound of the whitewater rapids echoing off a house-sized boulder.

Soon thereafter, the Leatherwood Loop trail leaves the John Muir Trail, turning left to begin its ascent back to the top of the gorge.

Over the next half-mile, the trail will utilize a series of switchbacks to climb the side of the gorge, ascending through an open hardwood forest. Eventually, it turns up a stream drainage and enters a hemlock forest, before re-emerging to wind its way to the top of the bluff line that marks the top of the gorge. 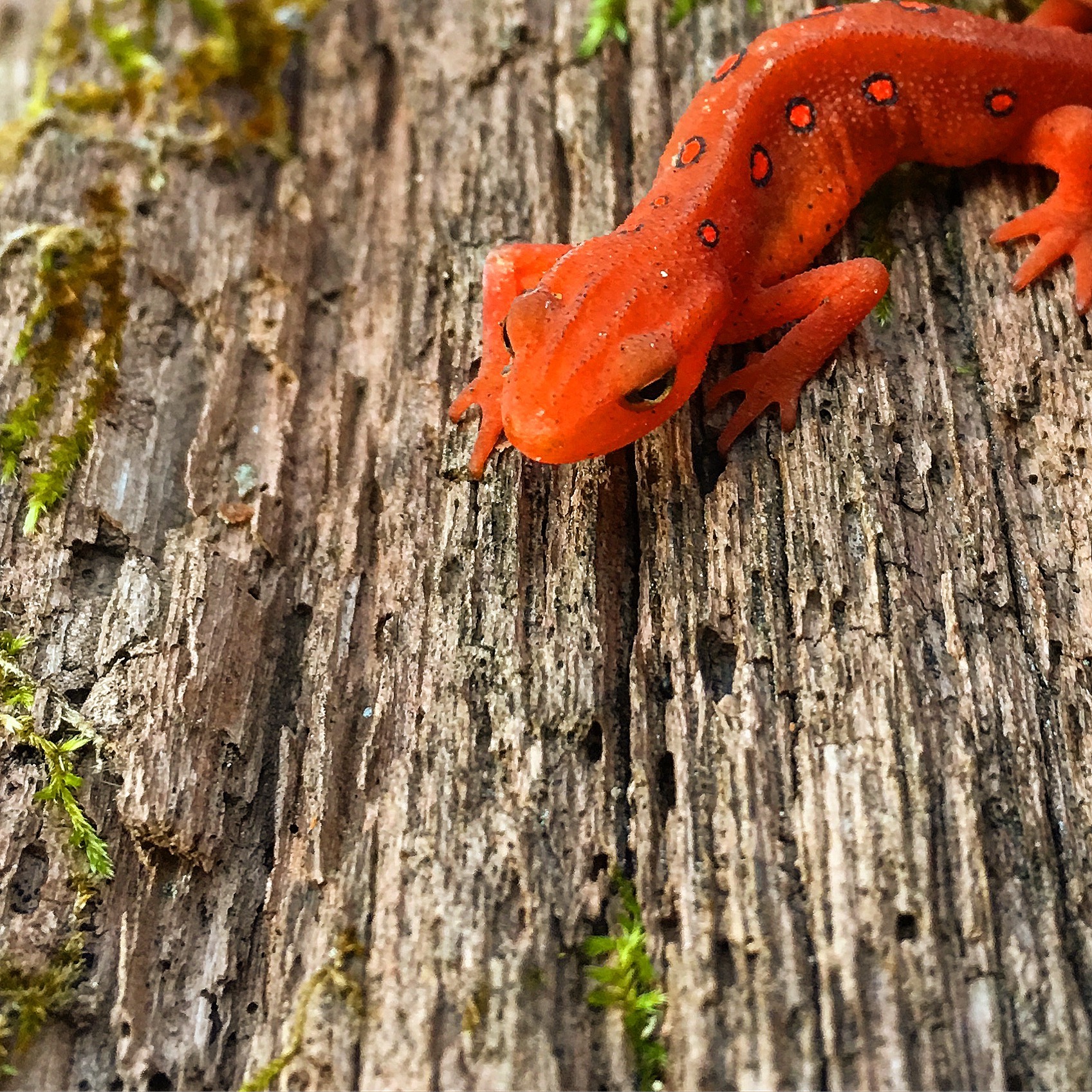 Near the top of the climb, there is a short spur trail that leads one-tenth of a mile to an overlook of the river gorge.

At the top of the bluff is a prolific stand of mountain laurel that creates breathtaking views when in bloom. After that, it’s a short stroll through the forest back to the spur trail that will return hikers to the trailhead and their waiting vehicles.