Beat summer’s heat on the water 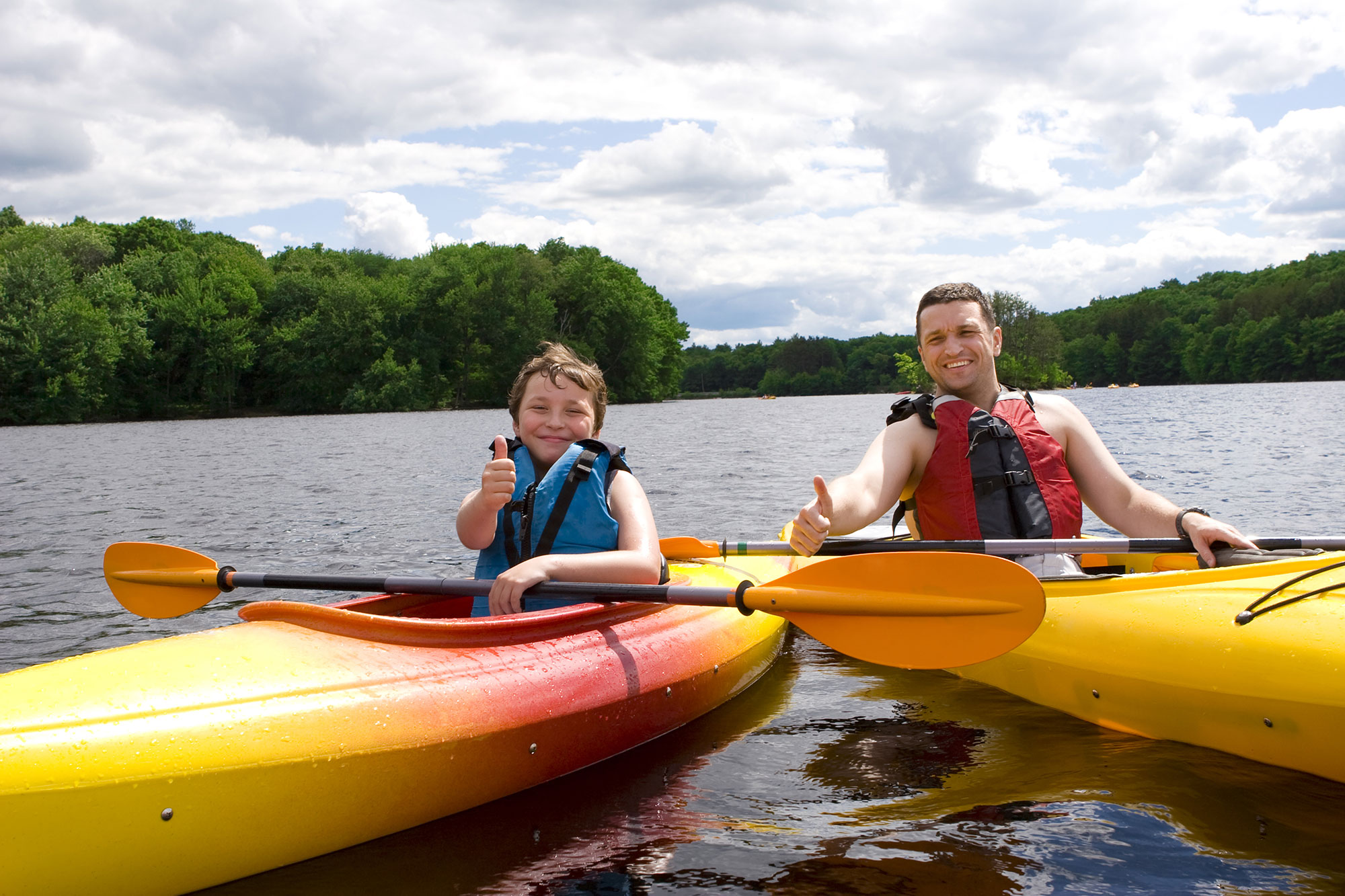 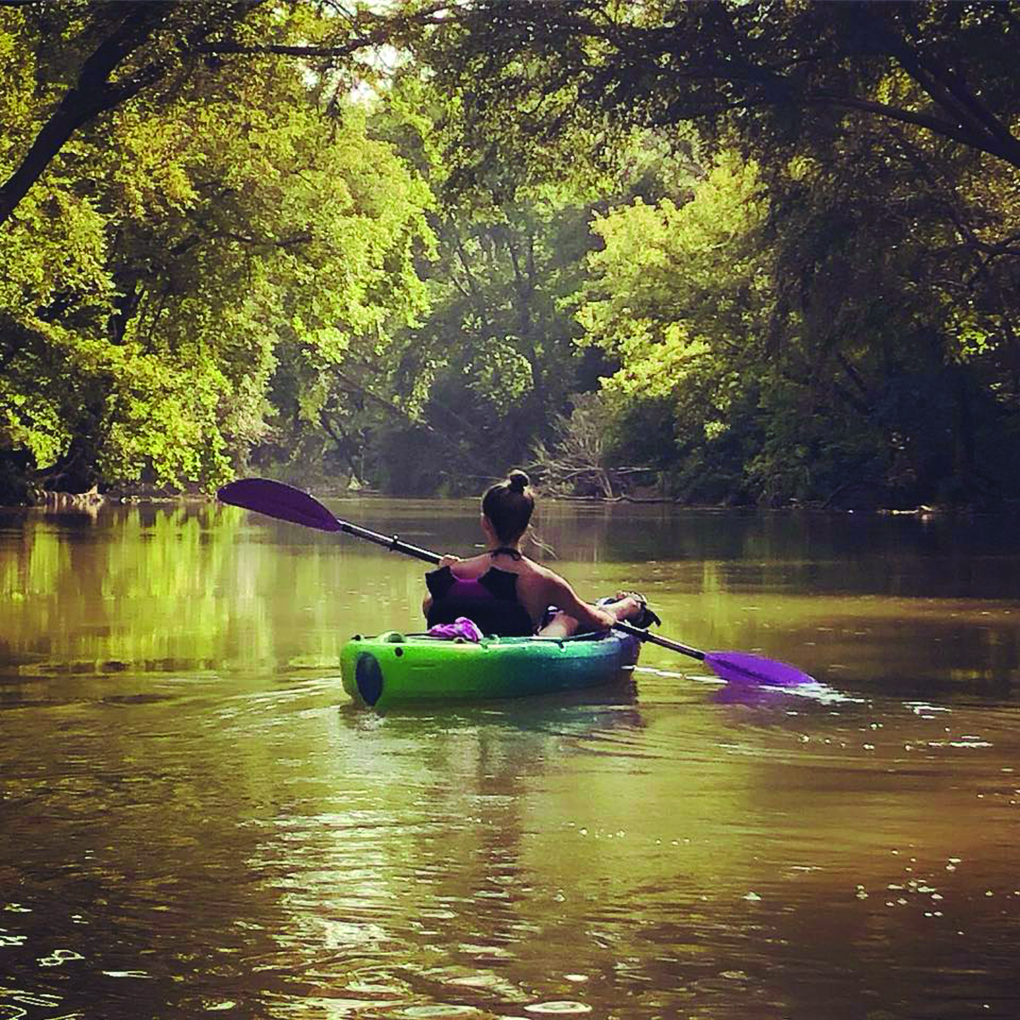 Either way, kayaking is one of the fastest-growing sports in North America, particularly in the south-central region — which includes Tennessee — that traditionally has America’s lowest participation rate for outdoors recreation.

According to a 2015 report on paddlesports, there were more than 21 million paddlers across the U.S. That includes canoeing, rafting and stand-up paddling as well as kayaking, but kayaking is the most popular paddlesport. The numbers were up by three million participants in just five years, and that report was published just as recreational kayaking was beginning to explode in popularity in regions like the northern Cumberland Plateau. Today, it’s probably a safe bet that there are north of 25 million paddlesport participants in the U.S.

Whitewater kayaking has long had its place in this region; the Big South Fork River’s whitewater sections have been popular among paddlers for many years. But recreational kayaking is just coming into its own.

In fact, while whitewater kayaking has experienced modest growth in recent years, recreational kayaking is where the largest growth has occurred.

And the increasing availability of those cheaper boats helps ensure that just about anyone can afford to do it.

The low-cost kayaks that you find at places like Walmart aren’t Jackson-made. Far from it, in fact. They’re less durable, less stable and less attractive, with poorer storage design. But for a few leisurely float trips on flat water each year, they work just fine — at a fraction of the cost of those high-end boats.

Nationwide, paddling has not hit the Top 5 when it comes to outdoor sports. Jogging and trail-running still ranks No. 1, followed by fishing, biking, hiking and camping. Regional statistics aren’t available but, if they  were, it stands to reason that paddling would rank very close to or even break into the Top 5 in the Cumberlands.

So what’s driving the sport’s growth? Mainly it’s an increased focus on physical fitness. The 2018 Outdoor Participation Report published by the Outdoor Foundation found that 64 percent of all outdoor participants are motivated by an opportunity to get exercise. And those who have tried the tired-old tactics of jogging and treadmills are often looking for fresh and exciting methods — which also explains mountain biking’s increase in popularity.

Another driver is women. While whitewater kayakers are disproportionately male, it is females who are flocking to recreational kayaking. The most recent statistics show that 62 percent of all paddlers are now female.

The physical benefits of paddlesports are notable. Paddling is a low-impact activity that improves cardiovascular fitness; improves muscle strength in the back, arms, shoulder and chest; increases torso and leg strength; and reduces the  risk of wear-and-tear on joints and tissues. It’s also fun, which makes it feel much less like the repetitive exercise of a treadmill or a jog around the track and contributes to its psychological benefits.

In Scott County, New River is by far the favorite destination for recreational kayakers. The river’s stretches of flat water make it a perfect trip for paddlers. Popular trips include putting in at the Winona Road Bridge east of Huntsville and floating to the Huntsville wastewater treatment plant, or putting in at the wastewater treatment plant and floating to New River Bridge. It’s possible to paddle upstream from Winona, but the water begins to get rougher south of the U.S. 27 bridge, and there isn’t another takeout before the confluence at Forks of the River, which also involves packing your vessel out of the gorge.

Other destinations for paddlers include the Flat Creek Reservoir in Huntsville, Oneida City Park Lake and the Conservation League Lake off Williams Creek Road in Oneida.

If you’re interested in recreational kayaking but don’t want to fork out money for a boat before you’ve tried it, you can borrow a kayak from South Fork Tack.

The tack shop, located on West 3rd Avenue in Oneida, has several kayaks that can be borrowed, along with life jackets and paddles. A $5 application fee applies.

The program was made possible by grant funding and is part of a partnership between the tack shop and the Scott County Chamber of Commerce.

The kayaks are not intended for whitewater use and the borrower is responsible for damages.

The Big South Fork National River & Recreation Area has developed the following safety tips for paddlers on the river:

• Paddlers need a PFD for each person on board and a sound producing device.

• If paddling after dark, have a white light that can be turned on and used to prevent a collision.

Travel in groups of at least three boats while on the river. Keep the boat behind you in sight. Secure all equipment in your boat.

• Be sure you know your put-in point and especially your take-out point.

• Avoid flow-through hazards (strainers). Even in slow water, these can trap you and be the cause of a fatality.

• Avoid hydraulics — you can get trapped. Swim down to get out.

• Capsized? Stay at the upstream end of the canoe. Don’t take chances saving equipment. Leave the boat and swim if doing so will improve your safety, especially in cold water or very rough water. Keep your toes up and your feet together, pointed downstream. Never try to stand up in fast water unless it is too shallow for swimming.

• When striking an obstruction sideways is inevitable, lean the canoe downstream but don’t get caught between the canoe and the obstruction.

• W hen you approach obstructions, set your course well in advance. Know how to approach. If in doubt, scout from shore.

When other streams join the main stream, there can be strong cross-currents, sandbars, debris, etc.

• Remember that river current is usually faster on the outside of a bend. It also spirals (folds under) down to the bottom.

• If you go swimming in a river, remember to always wear your PFD, even in calm water.

• If paddling in Kentucky, a fire extenguisher is required if you have petroleum products on board.

If you’re unfamiliar with Scott County’s waters, contact or stop by the Scott County Visitor Center — 423-663-6900 — for information on how to access the best places to float your boat!

Explore the night with ranger-led hike