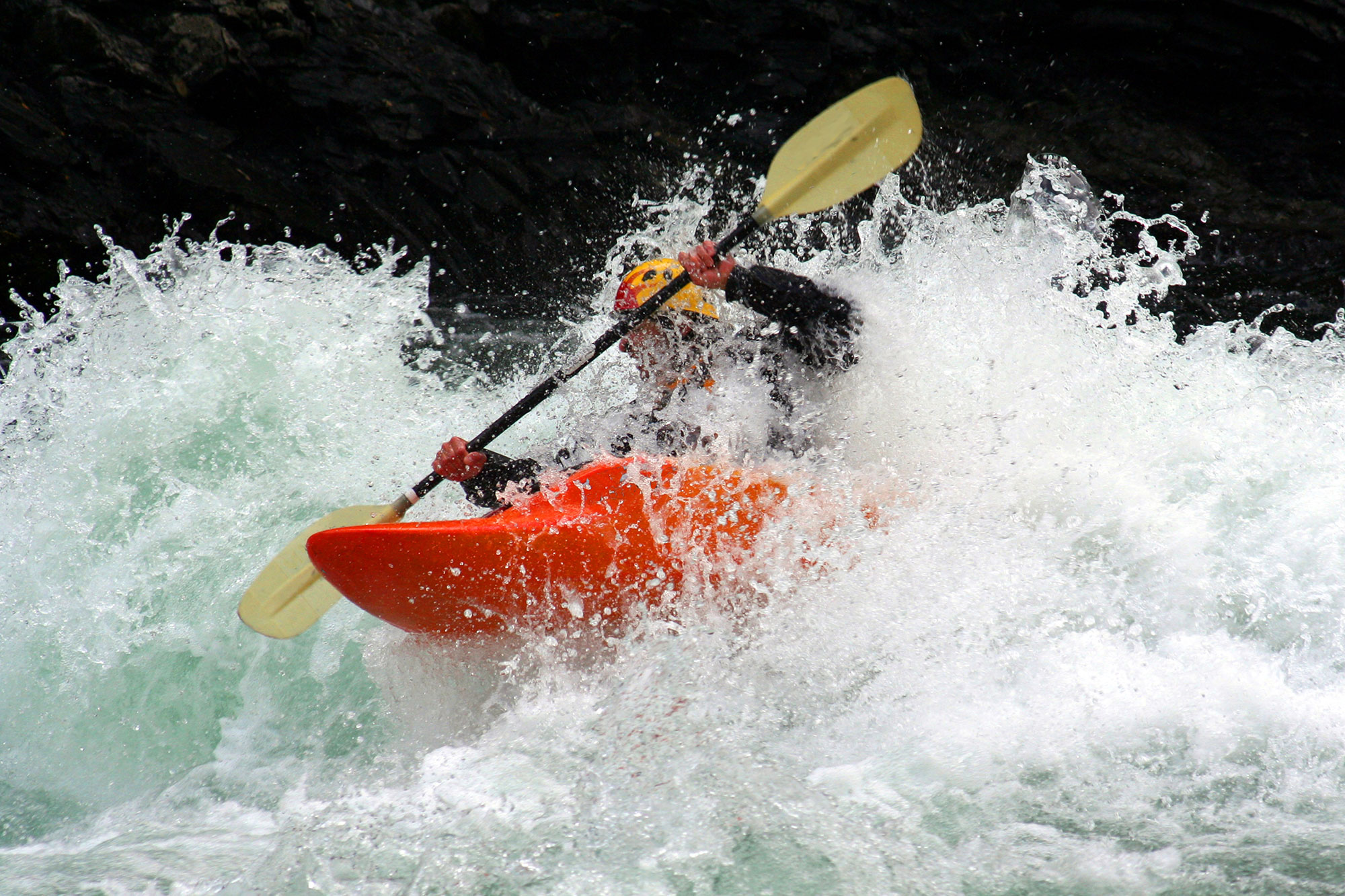 “This river is unique. It’s beautiful.”

Those are the words of National Park Service Ranger Kevin Moses.

He should know. Moses spent more than seven years in the Big South Fork National River & Recreation Area, much of that time paddling the river.

“The scenery you will see on this river is the prettiest scenery in Scott County,” he says.

He’s referring to “The Gorge,” a stretch of river between the confluence of New River and Clear Fork to form the Big South Fork, and the historic O&W Railroad bridge further downstream. Between those two access points, the closest a person can get to the river on foot is the Honey Creek Loop hiking trail — a rugged footpath that dips to the river’s edge at one point.

The Gorge section of Big South Fork contains the wildest water that the river has to offer. Included are the “Big Three” rapids — Double Drop, the Washing Machine, and The Ell. The first two are solid Class III rapids that can turn into Class IVs at certain water flows. The later is usually a Class IV.

Those three rapids, which start about eight-tenths of a mile downstream from the confluence, garner the most recognition on this stretch of river, but they’re hardly the only rapids paddlers will encounter. There are many others, most of them Class IIIs as well — like Kernels, Honey Creek Rapid, Rion’s Eddy and others.

Kayakers run this stretch of river when the water flow is as little as 350 cubic feet per second, though it is much more technical at those levels. The National Park Service’s website lists 1,000 cfs as the optimal level. Like any free-flowing river that hasn’t been tamed by man’s concrete dams, the character of the Big South Fork changes drastically depending upon how much — or how little — rain has been received. That makes the spring the prime season for whitewater rafting on the Big South Fork and its major tributaries.

Blue Ridge Outdoors Magazine sums up the Big South Fork like this, calling it one of the Top 50 rivers in the South: “Tennessee’s Big South Fork is big water fun well worth a drive to the Cumberland Plateau. Winding through the rugged cliff lined gorge gives this run a real wilderness adventure tone.”

The Big South Fork and its tributaries draw paddling enthusiasts from across the region. There’s something about the sheer beauty of the river slicing through the canyon encasing it that enchants visitors and keeps them coming back.

While The Gorge from confluence to O&W is the most popular stretch of whitewater, it should only be tackled by experienced paddlers. Other stretches of the river are more suitable for novices. Popular entry points include Brewster Ford, Burnt Mill Ford, Leatherwood Ford and Station Camp. For more information, see our whitewater paddling page.