A quick hike to burn off the Christmas excess 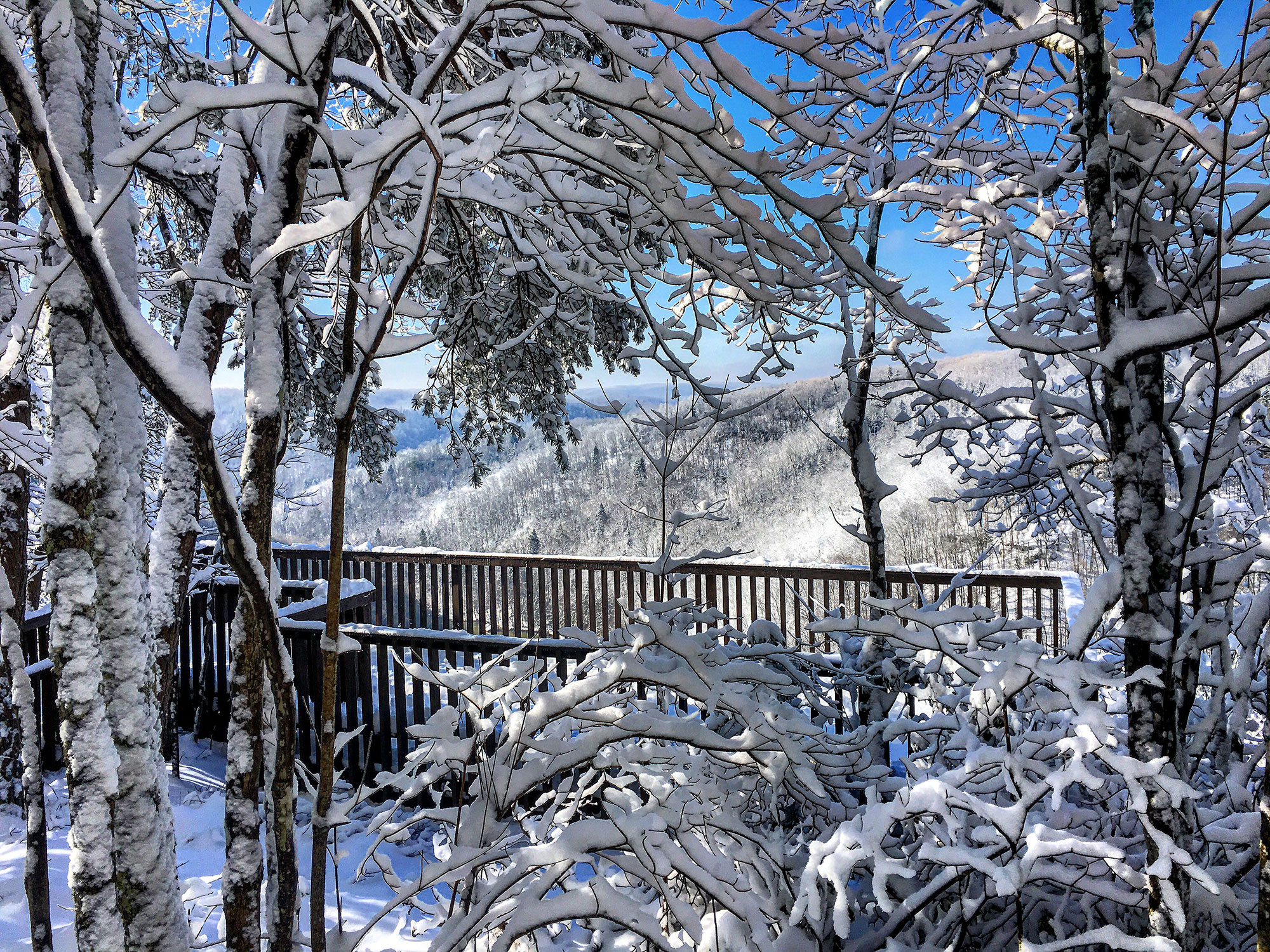 ONEIDA, Tenn. — Let’s face it: we all over-indulge at Christmas time. So after the festivities are finished and the last of the dinner plates have been washed and put away, how about a hike to work off some of those calories? It’s not like you have to go to work!

There are a number of easily-accessible hikes in the Big South Fork National River & Recreation Area that can be completed in two hours or less.

Ourselves, we prefer to start the hike at East Rim Trailhead. This helps shave off about five minutes of drive time in either direction from Oneida into the gorge. East Rim Overlook Road is located directly across the highway from the park’s headquarters, between the Resources offices and the Maintenance facilities.

From the trailhead, a short spur trail leads out of the field, through the forest and to the start of the loop trail a couple of tenths of a mile away. The trail is best hiked in a counter-clockwise direction by hanging a right where the spur trail intersects the loop trail. The trail winds downhill and across the earthen dam of an old farm pond before emerging into the edge of a pasture that is being reclaimed by nature.

Once the trail re-enters the woods, it intersects with the Old Leatherwood Road. It’s just what we would call “a road bed” these days, but this old wagon road was once the main thoroughfare connecting the plateau lands near Oneida with the lands beyond the river gorge.

Over the next mile, the trail winds down the side of the gorge, occasionally intersecting with the Old Leatherwood Road, until it emerges along Leatherwood Road (S.R. 297) at Leatherwood. Follow the paved shoulder of the highway west (left) for a short distance until the trail re-enters the forest. It follows the river’s edge for a half-mile before turning back up the mountain and winding its way to the top of the gorge. Near the top, there’s a two-tenths of a mile spur trail that leads to the Leatherwood Overlook, which provides panoramic views of the area around Leatherwood Bridge.

The trail’s total length is 3.5 miles, and it can be finished in an hour and 15 minutes.

If the Leatherwood Loop sounds a little too strenuous for you, there’s always Sunset Overlook Trail, which begins and ends at the same trailhead (East Rim). It’s a 1.5-mile in-and-out (three miles total) trail that leads to a rock outcropping that overlooks the river gorge.

The easiest of the three hikes is Angel Falls, while the most strenuous is the trail to Angel Falls Overlook.

It’s an easy, 1.8-mile stroll to Angel Falls (3.6 miles total) — which isn’t actually a waterfall but is actually a dangerous, Class IV rapid in the Big South Fork River. The trail is mostly flat and wide, following the river for the duration of the trip.

The John Muir Trail to O&W Bridge is also an in-and-out, totaling 4.6 miles. It’s a little more strenuous, but is more level than steep and follows the river for most of the trip. The O&W Bridge is an historic railroad bridge built in 1915. It is one of the last steel whipple bridges of its kind in the United States.

The hike to Angel Falls Overlook may be the most strenuous, but it’s also the most scenic. It’s a 5.8-mile in-and-out trip that follows the river for most of the trip.

To hike Angel Falls, park at the north end of the parking lot at Leatherwood Ford. To hike to the O&W Bridge, park at the south end of the parking lot. The trail departs the parking lot by the gazebo and travels under the highway bridge. To hike to Angel Falls Overlook, walk over the highway bridge to the west side of the river, then look for concrete steps that lead to the river’s edge. The trail will follow the river until it reaches Fall Branch, at which point it will turn away from the river, crossing the creek and beginning the climb to the top of the gorge. At one point, you will walk beneath a towering rock that juts out overhead. This is the overlook and the final destination. Near the top of the gorge, the trail enters a gap and makes the final ascent to the top.